Opposite Mt Townsend, this peak is a bit more of a challenge to ascend than the neighbouring peaks, a scramble over rock and ice (depending on time of year) and you're at the summit. 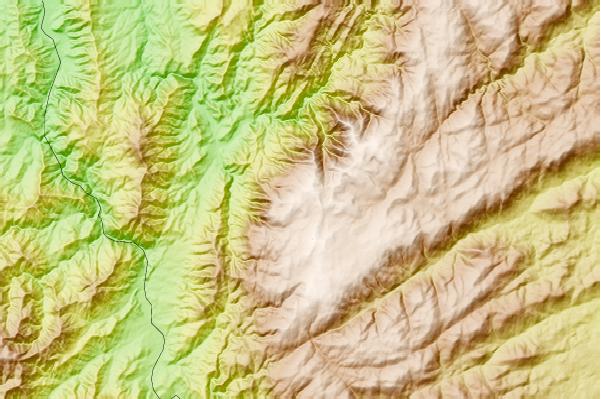 Use this relief map to navigate to mountain peaks in the area of Abbott Peak.