Upload new photo for another mountain 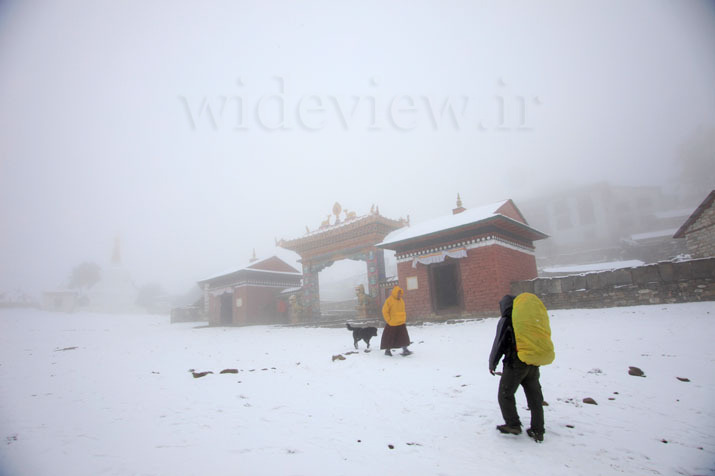 Tengboche (or Thyangboche) is a village in Khumjung in the Khumbu region of northeastern Nepal, located at 3,867 metres (12,687 ft). In the village is an important Buddhist monastery, Tengboche Monastery, which is the largest gompa in the Khumbu region. The structure was built in 1923. In 1934, it was destroyed by an earthquake but subsequently rebuilt. It was destroyed again by a fire in 1989, and again rebuilt with the help of volunteers and the provision of foreign aid. Tengboche has a panoramic view of the Himalayan mountains, including the well-known peaks of Tawache, Everest, Nuptse, Lhotse, Ama Dablam, and Thamserku. Tenzing Norgay, the first man to reach the summit of Mount Everest with Sir Edmund Hilary was born in the area in the village of Thani and was once sent to Tengboche Monastery to be a monk.