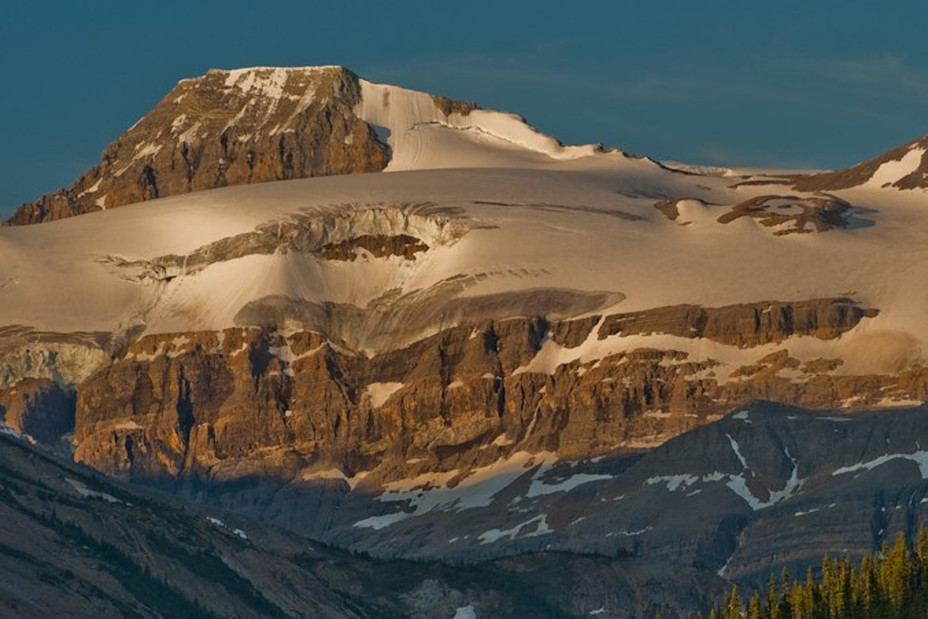 Upload new photo for Mount Oliver (Alberta) | for another mountain

Mt. Olive and the Olive / St. Nicholas Col from the Icefields Parkway

Near the southern edge of the Wapta Icefield and easily accessible from the Bow Hut, Mount Olive (3130 m) is one of the relatively few Wapta Icefield peaks where the last stages of the normal ascent route is easily viewable from the Icefields Parkway.